6 Steps to Becoming a Corporate Director This Year

Of all the career paths winding through the business world, few can match the prestige and fascination of corporate board service. The honor of being selected to guide the future of an enterprise, combined with the intellectual challenge of helping that enterprise succeed despite the odds, make directorship a strong magnet for ambition and a worthy goal for accomplishment. 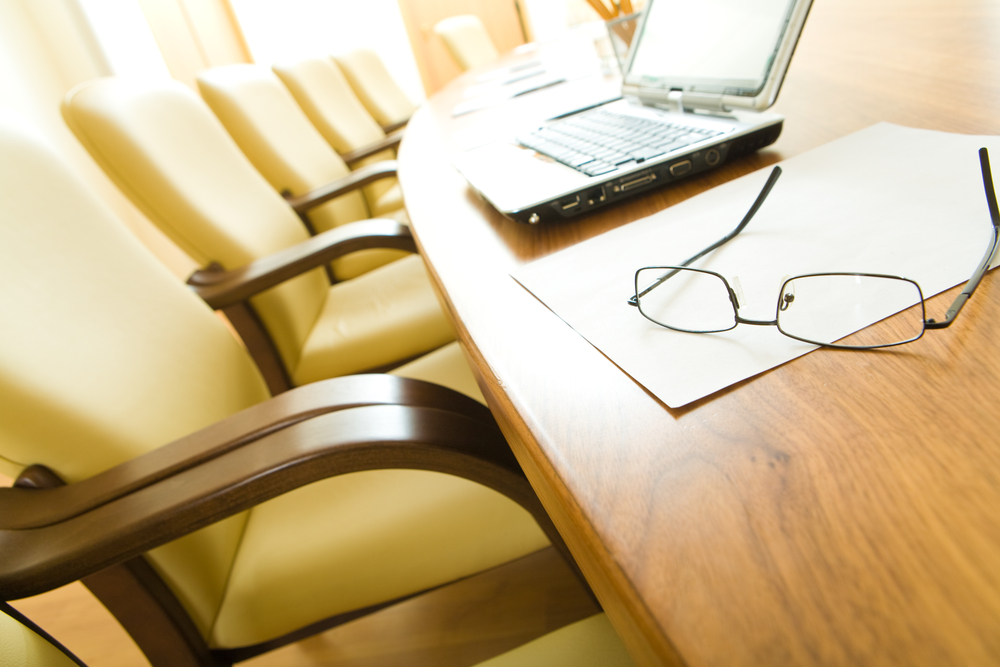 Furthermore, the pay can be decent, judging from the NACD and Pearl Meyer & Partners director compensation studies. While directors do risk getting underpaid for the accordion-like hours they can be called upon to devote (typical pay is a flat retainer plus stock, but hours are as needed with no upper limit), it’s typically equivalent to CEO pay, if considered hour for hour. For example, a director can expect to work a good 250 hours for the CEO’s 2,500 and to receive nearly 10 percent of the CEO’s pay. In a public company that can provide marketable equity (typically half of pay), the sums can be significant—low six figures for the largest global companies.

Granted, directorship cannot be a first career. As explained in my previous post, boards offer only part time engagements and they typically seek candidates with track records. Yet directorship can be a fulfilling mid-career sideline, and a culminating vocation later in life—for those who retire from day to day work, but still have much to offer.

So, at any age or stage, how can you get on a board? Here are 6 steps, representing common wisdom and some of my own insights based on what I have heard from directors who have searched for – or who are seeking - that first board seat.

1. Recast your resume – and retune your mindset – for board service. Before you begin your journey, remember that the most important readers of your resume will be board members in search of a colleague. As such, although they will be duly impressed by your skills and accomplishments as an executive, as they read your resume or talk to you in an interview they will be looking and listening for clues that you will be an effective director. Clearly, any board positions you have had – including nonprofit board service, work on special committees or task forces and the like should be prominent on your resume and in your mind.

2. Integrate the right keywords. Language can be tuned accordingly to “directorspeak.” Any language that suggests you singlehandedly brought about results should be avoided. Instead, use language about “working with peers,” “dialogue,” and “stewardship” or “fiduciary group decisions," "building consensus," and so forth. While terms such as “risk oversight,” “assurance,” “systems of reporting and compliance,” and the like should not be overdone (boards are not politbureaus) they can add an aura of governance to an otherwise ordinary resume. This is not to suggest that you have two resumes – one for executive work and one for boards. Your use of boardspeak can enhance an existing executive resume. So consider updating the resume you have on Bluesteps and uploading that same resume to NACD’s Directors Registry.

3. Suit up and show up—or as my colleague Rochelle Campbell, NACD senior member engagement manager, often says, “network, network, network.” In a letter to military leaders seeking to make a transition From Battlefield to Boardroom (BtoB) through a training program NACD offers for military flag officers, Rochelle elaborates: “Make sure you attend your local chapter events—and while you are there don’t just shake hands, get to know people, talk to the speakers, and create opportunities for people to learn about you and your capabilities, not just your biography.” Rochelle, who has helped military leaders convey the value of their military leadership experience to boards, adds: “Ensure when you are networking, that you are doing so with a purpose. Include in your conversations that you are ready, qualified, and looking for a board seat.” Rochelle also points out the value of joining one’s local Chamber of Commerce and other business groups in relevant industries.

4. Cast a wide net. It is unrealistic for most candidates to aim for their first service to be on a major public company board. Your first board seat will likely be an unpaid position on a nonprofit board, or an equity-only spot on a start-up private board, or a small-cap company in the U.S. or perhaps oversees. Consider joining a director association outside the U.S. Through the Global Network of Director Institutes' website you can familiarize yourself with the world’s leading director associations. Some of them (for example, the Institute of Directors in New Zealand) send out regular announcements of open board seats, soliciting applications. BlueSteps members also have access to board opportunities, including one currently listed for in England seeking a non-executive director.

5. Join NACD. As long as you serve as a director on a board (including even a local nonprofit) you can join NACD as an individual where you will be assigned your own personal concierge and receive an arrange of benefits far too numerous to list here. (Please visit NACDonline.org to see them.)  If you seek additional board seats beyond the one you have, you will be particularly interested in our Directors Registry, where NACD members can upload their resumes and fill out a profile so seeking boards can find them. Another aspect will be your ability to attend local NACD chapter events, many of which are closed to nonmembers. You can also join NACD as a Boardroom Executive Affiliate no matter what your current professional status.

6. Pace yourself. If you are seeking a public company board seat, bear in mind that a typical search time will be more than two years, according to a relevant survey from executive search firm Heidrick & Struggles and the affinity group WomenCorporateDirectors. That’s how long on average that both female and male directors responding to the survey said it took for them to get on a board once they started an active campaign. (An earlier H&S/WCD survey had indicated that it took more time for women than for men, but that discrepancy seems to have evened out now – good news considering studies by Credit Suisse and others showing a connection between gender diversity and corporate performance.)  Remember that the two years is how long it took successful candidates to land a seat (people looking back from a boardroom seat on how long it took to get them there). If you average in the years spent by those who never get a board seat and gave up, the time would be longer. This can happen.

Jim Kristie, longtime editor of Directors & Boards, once shared a poignant letter from one of his readers, whose all too valid complaint he called “protypical”:
When I turned 50, I felt like I had enough experience to add value to a public board of directors. I had served on private boards. I joined the National Association of Corporate Directors, and began soliciting smaller public companies to serve on their boards. I even solicited pink sheet companies. I solicited private equity firms to serve on the boards of portfolio companies. I signed up with headhunters, and Nasdaq Board Recruiting. In the last several years, I have sent my CV to hundreds of people, and made hundreds of telephone calls. I have been in the running, but so far no board positions.

Jim responded that the individual had done “all the right things” (thanks for the endorsement!) and steered him to additional relevant resources.

Similarly, a highly respected military flag officer, an Army general who spent two solid years looking for a board seat with help from NACD, called his search an “uphill battle.”  While four-star generals tend to attract invitations for board service, flag officers and others do not always get the attention they merit from recruiters and nominating committees. In correspondence to our CEO, he praised the BtoB program, but had some words of realism:
My experience over the past two years has convinced me that until sitting board room members see the value and diversity of thought that a B2B member brings, we will never see an appreciable rise in board room membership beyond the defense industry and even then, they only really value flag membership for the access they bring. The ‘requirements’  listed for new board members coming from industry will rarely match with a B2B resume and until such time that boards understand the value that comes with having a B2B member as part of their leadership team, they probably never will.

We’ve heard similar words from other kinds of leaders—from human resources directors to chief internal auditors, to university presidents. With so few board seats opening up every year, and with a strong leaning toward for-profit CEOs, it’s a real challenge to get through the boardroom door.

One of NACD’s long-term goals is to educate existing boards on the importance of welcoming these important forms of leadership, dispelling the notion that only a for-profit CEO can serve. For example, I happen to believe that a tested military leader can offer boards as much as or more than a civilian leader in the current high-risk environment. But no matter what your theatre of action, you must prepare for a long campaign. It’s worth the battle!

Topic
Board Positions
Tags
Joining a Board

6 Steps to Becoming a Corp Director This Year

Great article with useful advice by the most knowledgable of Chief Knowledge Officers, Alexandra Lajoux!

Edith Orenstein would be a great corporate director

Thanks Edith. Having worked with you on the Anti-Fraud Collaboration over the past four+ years I know your tremendous value in group settings and your deep knowledge of finance, internal control, and audit. You would be a natural as a corporate director. Go for it!

The Principles of Private Equity: The Executive's Guide to Landing a Role in PE

Advice for First Time Board Directors

How to Become a Board Member of a Company