Can Board Directorship be a Career? No—and Yes

I recently heard about a board that had developed a “career path” for its directors. Even before I knew all the facts, I gave it a thumbs down. From the sound of it, directors on this board were serving too long –long enough to make a “career” of their service. Also, the term “career” implied that the organization was knocking itself out keeping the directors happy, but I wondered if the company was putting enough focus on the other side of the equation—the board. True, it takes directors to make a board, but by focusing on directors rather than on the board, wasn’t this company ignoring the hardest question: Do we have the right people in the first place? 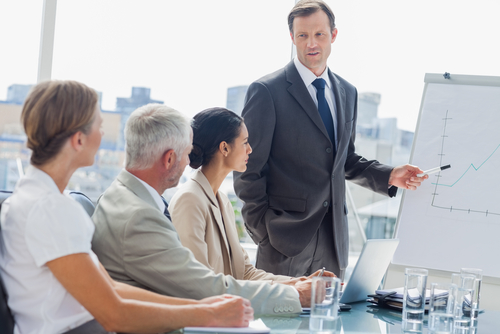 As it turns out, the “career path” was simply the title used for this board’s excellent plan to rotate director assignments and educate each director appropriately during his or her several years of service—and did not guarantee a sinecure. So in the end, I gave it two thumbs up. But my negative reaction to directorship as a “career” made me ask the larger question: Can it be one? And after much reflection, I have decided that the answer is definitely no—and yes.

First, some key points about what it means for you to be a corporate director. First, you are a fiduciary with duties of care and loyalty to the corporation. As such, corporations are managed under your care. Although you can delegate many duties to managers, can rely on external advisors, and must heed certain shareholder votes, in the end you are in charge and must rely on your own judgment.

How you operate is based on several sources—some strictly mandatory, some voluntary, and some a matter of judicial interpretation.

To serve most effectively, directors need to be familiar with all of these sources of guidance—and it takes education to learn them. But then the question is, where does this education lead? Can directorship be a career?

Not a Career in the Usual Sense

First, the no part. Directorship cannot be a career at a single company, and it cannot be a first career.

Furthermore, not only is directorship fairly short-term, but it is also very much part-time. Very roughly, a typical director can expect to be paid about 10 percent of what a CEO is paid and to work about 10 percent of the hours. Of course this doesn’t factor in outliers such as windfalls that increase CEO pay, or crises that increase director hours. One of the criteria for a director is that he or she be independent – and that means economically independent as well. Director compensation will not be so generous that the director will become beholden to the company and lose objectivity.

Finally, board service cannot be a first career. No board of directors, seeking a new member, will welcome someone who says – I know all about corporate governance and I am here to help you!  Boards prefer to recruit fiduciaries from among the ranks of those who have experience in management. Indeed such experience—whether inside or outside the company’s industry--consistently ranks highest in our surveys.

A Matter of Professionalism

Now for the yes part. Indeed, there is a way to make directorship a career and that is to succeed in your first career and then become a director later.  Many successful directors spend decades in some business endeavor and then retire—sometimes early—and  go on to hold  a number of public company board seats  as independent directors. (As long as they provide no services to the companies in question, they can rightly be considered independent.)  Some call these individuals “super directors.” As long as they don’t take on too many boards – six seems to be the absolute limit – they can be very effective. A good example is Alexis Herman, who had a career in human resources, served as U.S. Secretary of Labor, and now serves on the boards of Coca-Cola, Cummins Inc., Entergy Corporation, and MGM Resorts International.

Is a Directorship “Career” Right for You?

Clearly, a key question for you as a reader is – is this for me?  The question is timely, because boardrooms are showing signs of opening up more opportunities of service. The percentage of boards replacing or adding directors has been growing by leaps and bounds in the past five years – from 40 percent in 2010  to 65 percent in 2014, according to the 2014-2015 NACD Public Company Governance Survey.  Notably, 3.8 percent of survey respondents reported that their boards introduced term limits, age limits, or other director tenure policies in the past year in response to shareholder pressure. During this same period, the prevalence of reported term limits rose to 8.3 percent, up from 7.7 percent in 2013 and 6.5 percent in 2012—still not high, but growing.

With more board seats opening up, is this an opportunity for you? What are boards looking for in a candidate? Realistically, what are your chances for getting on multiple boards and building a career as a director?  What kind of compensation can you expect to receive for your first board seat? I will address these questions in my next blog post for BlueSteps.

The Principles of Private Equity: The Executive's Guide to Landing a Role in PE

Advice for First Time Board Directors

How to Become a Board Member of a Company