As a new executive, how do you ensure your success and your organization’s success? Don’t rely on the company to do it for you.

A company’s onboarding process often does not receive the same level of effort and attention as the hiring process. So be proactive and set yourself up for success by filling in the pieces your company may miss to ensure you understand the company culture, hierarchy, your team’s strengths and weaknesses, and the company’s organizational goals and potential challenges. 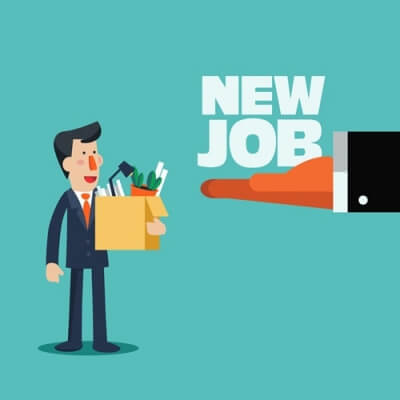 Take the example of Ron, a new COO at a rapidly growing technology company whose proactive approach enabled him to quickly make an impact on profitability and productivity while forging strong employee, customer, and colleague relationships. As a technology startup that grew quickly to meet client demands, Ron’s new company had set up a few meetings with his colleagues on his behalf, but did not have a formal onboarding process.

After completing a comprehensive interview process Ron felt he had a good understanding of his position expectations and the company’s organizational goals. However, as a seasoned executive, he also realized that there are unique challenges and cultural nuances that are not easily articulated in the interview process. To ensure his success, Ron took the initiative to optimize his onboarding process.

Here’s what he did…

First, he reconnected with the recruiter at the executive search firm that had placed him in this role. Ron realized she would be an objective source of information as she had worked closely with the CEO and board on the placement of several key positions within the organization. Ron had a candid conversation with his recruiter on her observations about the culture, key players, and potential challenges within the position and the company.

As part of the company’s onboarding process Ron would have a few weeks to transition into his new role, working 1:1 with his predecessor, Judy. However, prior to day one on the job, Ron set up a casual lunch with Judy. Rather than discussing position deliverables, he focused this conversation on understanding cultural issues, determining risks, and identifying any performance obstacles within the leadership team and in his own organization, and brainstorming potential improvements within his team.

During his first week in the role, Ron had meetings with his supervisor where he obtained clarification of the job expectations, but also focused on obtaining a better understanding of the corporate vision, strategic plan, and the company’s core values.

He also had a few introductory meetings with executive colleagues who he would work closely with in his position. Ron took these introductions one step further and focused on forging internal relationships with leaders outside his direct team by initiating meetings with subject matter experts including marketing and product development leaders to learn more about the product, its differentiators, and to gain a better perspective of the organization.

He opted for face-to-face meetings when financially viable to make a more personal connection. His questions focused on the goals of each division and the ways in which different divisions work together to accomplish objectives. Also, understanding the valuable perspective HR can provide, Ron set up a meeting with the Human Resources Vice President to understand any employee relations issues within his team, as well as to gain a broader understanding of cultural issues and employee engagement throughout the organization.

In order to foster an environment of collaboration and open communication, Ron immediately scheduled 1:1 meetings with his direct team to learn about their professional backgrounds, their role and contributions within the team, obtain suggestions for improving operational structure, and gather input on their future professional goals. He also instituted regular team meetings to establish himself as a leader, define how the team works together, articulate a vision, and lay out and consistently communicate his strategy and operational priorities.

From a strategic standpoint, Ron devised a 90-day plan well in advance of starting his role, which included milestones to support execution of early wins. He was able to discuss this plan with executive leaders and refine as needed. He also set regular meetings with his supervisor during the first 100 days to build rapport, discuss strategic priorities, and showcase improvements in the organizational structure, as well as immediate wins.

Ron continued this strategy of regular communication with his supervisor, peers, his team, and other stakeholders throughout the first several months of his employment. This executive onboarding strategy enabled him to obtain guidance as a new leader, identify evolving goals and opportunities, and quickly establish himself as a respected member of the leadership team.

Workshop: How to Land a C-Level Role in Private Equity

Where are the Executive Jobs? Industry Insights from Recruiters