Is It Innovative If It Doesn’t Solve The Problem?

The future looks great from the past.

The videophone. The bar code. The computer mouse. The digital audio player. The personal digital assistant. Each was innovative. Each was ahead of its time. Each solved a problem that nobody had. So, if nobody could or even wanted to use those inventions, were they really innovative? 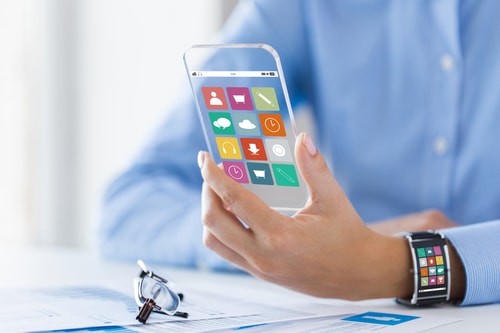 The videophone first appeared in the mid-1930s – before there were even TVs – yet no one seemed to need it (and, besides, it was enormous). When the technology re-appeared at the 1964 World’s Fair in New York, people viewed it as a Jetsons-like device of a rocket ship future (and the cost was astronomical, as well). The technology was an improvement on audio-only telephony, but no one considered it vital.

When bar codes first turned up in the ‘40s, the concept was accepted as useful…in theory. Yet without accompanying scanning capabilities and interpretative software, which wouldn’t come along for almost 25 years, the problem that bar codes might have solved proved insoluble.

In 1984, Apple put the mouse to use in a practical way, but it had been hiding in labs for a decade at least, trying to navigate a maze of different systems. Of course, by now, everyone assumes that Apple and Steve Jobs held a monopoly on innovative “stuff,” but the Newton personal digital assistant was a bust.

People were barely adapting to laptops when the Newton was released, and most laptops in the early 1990s were poor, hobbled cousins of desktop machines. If a laptop couldn’t meet users’ needs, why on earth would they opt for something even less capable?

The Digital Audio Player (DAP) pre-dated MP3 devices and the iPod by a full generation. Did people want to carry around a thousand tunes in those days? They did not.

The problem wasn’t hardware, it was software, and Apple’s real contribution was the distribution system known as iTunes. That was innovative. It improved upon a recognized concept by packaging a number of components into one holistic, simplified system supported by fabulous marketing.

In time, everything seems to catch up with the past. Phones that don’t have video are now considered unacceptable (and they’re pocket-sized devices, not something the size of an oven), every product has a bar code that’s connected to an inventory system (or a price-checking app), the mouse is still around though it’s been flattened into touch pads, the DAP is just a part of every smartphone, and those smartphones are the Newton plus the DAP plus the mouse plus the videophone plus the bar code reader.

But is the smartphone innovative? For consumers who wanted the functions of a Palm Pilot/Newton, BlackBerry, and iPod rolled into one, it probably was. For IT departments that had to cope with having personal and corporate data on a single device that could easily be stolen or lost, the smartphone was a headache (even after technology arrived to provide the essential security protection).

If your own innovations offer something that people will not realize they need until you make it available – macadam roads, the telephone, pneumatic tires, the ballpoint pen, or stretchable fabrics, for instance – you probably spotted a trend; a trend that was waiting for an answer to a question that too few customers knew enough to ask.

If you’ve merely enhanced something already available, the innovation aspect is murky. Liquid detergent might be an improvement, but are its built-in measuring cap and concentrated formula game changers? Probably not. It moves the category forward, but it doesn’t leap frog over what’s there to solve a problem that nobody’s tackled: Business suit fabrics that never get soiled or need dry cleaning, anyone?

How to Create a Recession-Proof Career