There is a tectonic shift influencing the Hidden Job Market worldwide for transport and mobility solutions. China’s effort to the lead the world in electric vehicles, an industry which will account for 90% of vehicles by 2035. Let me highlight the top three:

1. Embrace the Chinese market: Go Chinese or China will over-roll you. At the beginning of 2017 I talked with a Volkswagen Executive in China who had been feeding headquarter executives with alarming reports and openly admitted that Volkswagen is about 1.5 years behind in the Chinese EV market. Executives need to learn about and tap into the growing Chinese Hidden Job Market: Chinese players such as BYD Auto, Geely, Lifan Group, SAIC Motor and Great Wall Motor are just the tip of the iceberg. Hundreds of smaller firms are lined up. China tops the world in Electric Vehicles (EV) and systematically extends that lead. Chinese government targets call for 1.1 million EV for 2018, two million for every year until 2020 and five million by 2025. As the largest EV market and trendsetter, Chinese know-how, networks and connections become invaluable for global commercial success and for professional success and career development in the coming years. 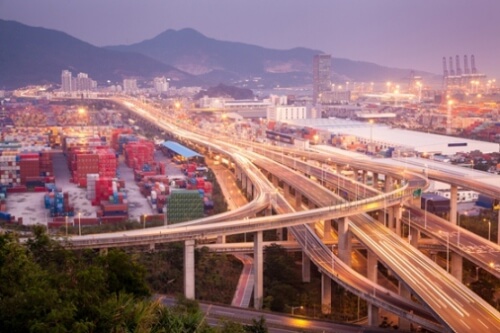 2. Switch gears: Go electric. Switch towards battery technology. What Intel chips are for computers, batteries are for the EV value chain. Batteries are at the heart of the EV value chain. Soaring China patent filings and R&D advances have worldwide impact. In 2017, China spent USD277 billion on research and development, up 11,6% compared to 2016. In 2016, China filed more patents than the US, South Korea, Japan and Europe together 2). The push for innovation driven development is unstoppable. As the world’s largest EV market, China’s battery manufacturers will enjoy better economies of scale and faster pace of innovation than elsewhere.

3. Switch industry: Make use of a new trend: The shift from car ownership to car sharing. Consider car-sharing if autonomous driving is too risky and limiting for your career. While many international brands and Chinese firms are investigating how to combine EV and the imminent arrival of autonomous cars, unsolved legal and safety issues still put a hold on this potential emerging market. Look at Chinese car manufacturer Geely: To speed car-sharing, Geely acquired Danish fintech company Saxo Bank because cashless payments and authentication are seen as essential. Further to that, and less known to most industry observers, Geely supplies the London taxi market through its brand London EV Company, which is the successor of the well-known London black cab taxi manufacturer The London Taxi Corporation.

China is strongly positioned to realize its targets and overtake the West in similar ways that it took over the solar power panel manufacturing industry: Lost cost leadership. The success of electric buses sold by BYD – which stands for Be Your Dream - worldwide shows that cities and organizations with large fleets are ready to buy “Made by China” or “Made in China”. Despite much talk about the recent trade wars, more and more Chinese investments and ownership of car manufacturers mean more influence on shaping the industry and more decision power on hiring by the Chinese. Let me recall that Warren Buffet put capital into BYD and that the top shareholder in Germany’s Daimler is Li Shufu, the owner of Geely.

To conclude: Position yourself, your executive brand and/or organization ahead of the curve to ride the wave for electrification in the automotive industry now and in the years to come.