Executive Interviews: An Inside Look from Executive Recruiters

The following is an excerpt from BlueSteps' webinar Executive Interviews: Preparation Performing and Following Up. If you are a BlueSteps member, access your full recording here. If you are interested in becoming a BlueSteps to access our webinar archive, along with other career management solutions, learn more here.

Kathy Simmons, Executive Director, BlueSteps Career Executive Services: All right. Here’s a question about core attributes that people are looking for at the interview at the executive level. What do you look for just in general for an executive?

Jason Petros, Consultant, Witt/Kieffer: First and foremost, you're looking for presence, in most of the spaces that I play in, we're looking for somebody who can command a room, but who doesn't necessarily have to be the smartest person in the room. It is someone who's easily ready to read, “who's with me, who's against me, and who is available for some debate.” 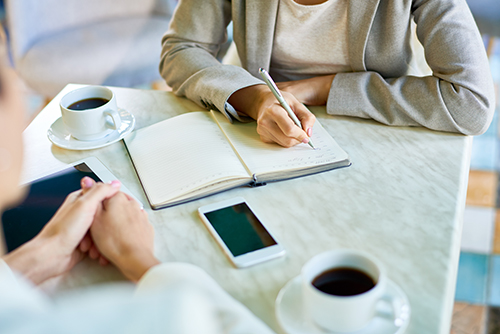 John Ryan, Vice President, TRANSEARCH: Sure, great comments and best sell points for meta-conference. I'm going to try to use that in my next conversation. I think for core attributes for executives, again, executive for me also connotes leadership. I look for evidence that the person will be a good leader and has been a good leader. I think most companies these days, and certainly innovative companies, are looking for leaders who can inspire and coach. They're looking to get away from top-down, pyramid type, reporting structures. It's more of a humble servant leader, to the extent that there can be such a thing in a CEO.

People are really looking for those people skills, in addition to all of the, "Did you take the company public? Did you grow the company? Was the company profitable? Was your expansion nature successful?" questions, they're also looking at the, "How do you manage people? How do you build your team? What was your turnover? What were some of the people who've left your team say about you? Would they recall you finally? Were you firm, but fair?", sorts of things. Really do look for what I would call leadership and management and good behaviors and track records.

Kathy: Great advice. Corinne, I'm going to give you this section, which is what are the top interview mistakes that executive candidates make?

Corinne Klajda, CEO (Warsaw), Accord Group/AltoPartners: Well, there's no secret here about lack of preparation. I would say this is one of the things that pops up first. The other thing, which is very important also, to be as authentic as genuine as possible. Do not play a role. Most of the executive search consultants are trained to detect BS. It will eventually come up sometime. Do not try to draw the picture pink. Actually, if there have been failures or mistakes in careers, my advice is to actually come up front with it and not try to hide it because that actually plays against when you try to hide something. For me, one of the things that happens very often in terms of mistakes is the executive doesn't really connect.

It becomes a very ping pong type of conversation where there is not a real exchange. Where it's just question answer, question answer. I would advise against that to keep the exchange as fluid as possible. Also, at the same time, to respect the time schedule. Very often this is a big issue because usually we have back-to-back meetings. I would advise people not to make that mistake and try to oversell themselves and use too much time. That's a mega thing on the to-do list, is to really respect the schedule and be within the time frame given.

If there are additional things you would like to share but you've already passed the time that was scheduled for yourself, maybe you discuss with the executive recruiter if you can send additional data or info via an email. Just be, I would say, reasonable about not overusing your time also.

Kathy: I want to give a big thank you to all of you, great participation today from-- any last word of advice that you'd like to share?

Corinne: I think the most important, is prepare, and practice makes perfect. I would say don't wait for an actual interview to practice presenting your credentials, having an exchange. If you're going for an interview, actually, I would advise enjoy the exchange and be as generous as possible with yourself, with information sharing, with your opinion, your views. I think it's very important to enjoy the actual interview because it will come out.

Kathy: Absolutely. Jason, how about you?

Jason: Well, I would agree, prepare. I coach people to prepare for serendipity. Be open-minded and believe that the preparation that you're doing today is going to lead to some future luck tomorrow. Be balanced in your approach and remember to continue to learn and use interviews as an opportunity to learn about yourself, as well as your value in the marketplace.

Get all the latest info on the Exec Search Industry!

5 Ways to Improve Body Language During a Zoom/Online Interview

9 Quick Tips On How To Prepare for an Online Interview