Subsequent to the first post on this series on ageism, there have been two publications reported by the Wall Street Journal which validate the active practice of ageism in the job market. As these reports come from the US, one involves a potential violation in US Labor Law. With that being said, the purpose of this publication series is not about how to find yourself engaged in a multiyear law suit, but rather proactively avoid the practice of ageism in your job search. 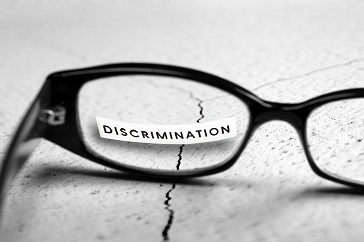 The first publication in the Wall Street Journal April 2nd made the following declaration “American companies are trying to stop employees from raiding their 401(k)s, in an attempt to ensure that older workers can afford to retire and make room for younger, less-expensive hires.“  Implied in this declarative is that younger employees are a better cost value then their older counterparts.

The second publication relates to litigation with a major accounting firm “PricewaterhouseCoopers bills itself as the ‘place to work for millennials,’ who have taken jobs and internships with the accounting giant in droves.”  “The named plaintiffs in the PwC case are two men—one 53 years old and the other 47—whose applications for entry-level associate positions at the firm were rejected.”

While not directly stated, one can easily surmise that the litigants were viewed as being less productive candidates for the positions they were seeking. In both these cases they reflect the need to not drive oneself into a potential position where age bias should be expected. If a job applicant wants to find companies which have age bias it is quite easy to do as we look at the two cases above.

In the first case, the positions being referenced related to manual labor. The organization which was the subject of this publication found they could hire younger workers at less cost to perform at or ahead of their older counterparts. While not immediately apparent, the second case is thematically similar. Big 4 Accounting firms are notorious for overworking their junior staff, so that they can ultimately end up with a high paying Partner position in the future.  The metaphoric model of the junior Big 4 accountant hired out of University, and is ready to work day and night to move up the ladder, has been a long standing viewed employment model.

Without going into more detail with these two cases, they both represent ageism based brick walls. Legal or not, we know they are out there. A twenty-year-old unskilled manual laborer is probably always going to win over a 50-year-old who is more highly compensated. Also, the traditional career path for the Big 4 accounting firms is well known.  Virtually all new hires come directly out of University recruiting programs. A candidate in their 40’s or 50’s applying for these positions, is a deviation from this long standing hiring practice.

What emerges from these examples is the need for realistic self-reflection being part of a job search as one ages.  For the accountants they would be far better off seeking a position with a smaller organization where their skills would be more valued and utilized. In the first example, implicit is the assumption that an older manual laborer might better be utilized in an office position leveraging their skills in scheduling logistics, or in a role applying labels to shipping containers which requires more intellect and less muscle.

The other emergent theme is that employers assume that the older one is, the higher their skill level and associated compensation. While this is not always the case, it is a pre-assumption which needs to be addressed. If during your career you have placed quality of life ahead of career advancement, and are now finding yourself surrounded by younger workers doing the same job, notice of this needs to be taken. When applying for a new position, being up front regarding the reason why you are at the job grade that you are at, despite your age, is due to personal decisions and not a lack of skill.

When undertaking a voluntary or involuntary job search, seek to find people at a similar age with similar job functions as yourself. Note the companies they work for, and the roles they are in. Also seek to network and find out what competitive salaries are for these individuals. Age alone does not correlate to higher compensation.  Apply to companies requesting a salary range consistent for what that company is paying.

Studies broadly available on the internet present research that as we age job searches become longer. As such this should be an assumption right up front in one’s search. Setting appropriate expectations for a search after self-assessing one’s age, skills, and compensation are essential. While knowing ageism is prevalent in the job market, do not create additional barriers to employment like salary expectations which are higher than others who perform the same job functions.

The last topic worth noting in these publications is that workforce retirement ages are extending. The workforce nearing retirement, are now largely retiring on their own self-funded retirements. Last year we passed the 40th anniversary of ERISA in the US, where employers were legally allowed to shift retirement plans to those which are self-funded, as compared to the traditional pension programs of the past. As a result, ageism is certainly to grow in visibility and complexity as the population of older workers seeking to stay employed increases.

The key take aways from this publication include accepting ageism as a factor in the workforce which can be minimized through better planning your job search. Also accept the reality that age does impact job search duration. If you find that you are not viably employable with your current skillset, there is no shame in investing in supplemental education. There are no age limits on institutions which provide opportunities to gain new skills. A career change as you age can be a smart investment in time and cost.

Lastly, the methods of employment are evolving. The number of non-traditional employment options such as consulting are growing. Consulting is growing rapidly delivering needed skills to organizations, but in a different work configuration. As these assignments are mostly need specific, the focus is on someone who can solve a problem or fill an interim need. For organizations who are purchasing consulting services, ageism is often nonexistent.