14 Management Practices to Bridge the Boomer and Millennial Divide

For managers across the spectrum, the Millennial generation work force is growing in numbers. Forbes suggests that 80% of hiring managers have a view their Millennial employees have narcissistic tendencies, but that this may stem from different generations not understanding each other and their thought place of what a workplace should be. Traditional team based management structures are under threat by an evolution in work environments.

If the only matter at hand was for organizations to modify their practices to accommodate the unique personality and behavioral traits of this emergent work force, it would seem readily achievable. The problem however is that the Baby Boomer generation, are working longer than previous generations for reasons including longer life spans and limited retirement savings. Many of these individuals who remain in the workforce are in management roles, working above and belong side the next generation of leaders. 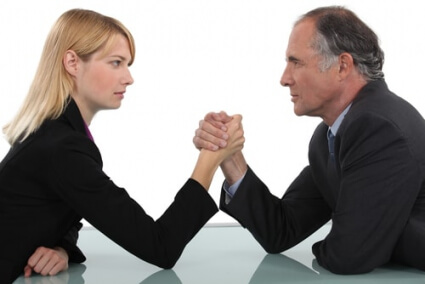 What is emerging from these contrasting mindsets between the Boomers and Millennials is growing culture clashes in many organizations, stemming from a lack of communication and mutual respect. The Boomers, are well known for collaboration via face to face interaction. The Millennials population also values collaborative work environments, but relies prefers online and social media communications from growing up as digital natives. The net result? Communication breakdown and a loss of cross cultural respect.

There are countless publications which articulate the growing cultural canyon emerging in the workforce along with superficial changes to management practices which closes the generational divide which are often high level and superficial as they do not address core human behavior. The following 14 management practices were derived from how executives assigned to foreign countries work through cultural differences to become relevant, one to the other. The execution of these practices are the responsibility of the manager whether Boomer or Millennial, as they are the owners of effective management of their teams.

Current realities suggest that the Boomers will not be leaving the work force in the near term, but Millennials are expected to continue entering the corporate world and take up more than 75% of the workforce by 2025. As such dealing effectively with the contrasting mindsets is essential for either group to effectively manage. Organizations expect their managers to perform. Those who adapt to this new contrasting cultural reality in the work force today, will succeed and grow in responsibility. Managers who surrender to cross culture conflict and the resulting lack of team achievement will find themselves relegated to non-management roles.

Execution of the competencies above is not like steps of a cook book, but rather reflective of a process framework which each manager has to make their own. The entirety of the above competency set leads to cross cultural assimilation, one to the other. There is no winner between Boomers and Millennial behavioral mindsets. The secret to success in this growing cultural contrasting work force, is to overcome and achieve as a manager and leader.

How to Create a Positive Workplace Culture