Whose Who: The People You Create For and the Ones Who You Should

He drives a Tesla. She drives a Leaf. His is leased, hers was bought outright. He wanted to drive in the carpool lane (without the extra passenger). She wanted to contribute to cleaner air. He got the top-speed model to go zero to 60 in under three seconds. Hers can barely make it in ten.

Yet, she dry cleans her jeans, colors her hair with peroxide-based dye, and orders take-out food three times a week. He loves to cook every night with organic ingredients, drops his clothes off at a fluff-and-fold that uses earth-friendly detergent, and charges his car with a solar-panel system. 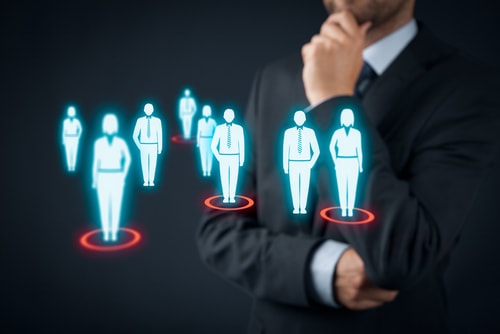 How would you sell to them? What would you add to the cars to make them more appealing to the buyers’ other sides? Or how would you integrate their driving tastes into their other activities?

This usually falls into the realm of personas – those invented personalities that marketers believe can help them pull in more customers. Yet, despite decades in marketing, I’ve never liked them very much. They’re like averaging averages, which is statistically unsound.

I’d rather ask people straight out about only one thing: the product or service I’m offering. That’s what really matters the most. Whether they associate it with good things or bad, with things I hadn’t thought about, or things that matter only to them (by their own estimation).

Beyond Him or Her

Where does that leave you? It forces you to analyze trends that emerge from the things that people say as well as do. It requires insights into the failings of currently available options (and the successes of unique innovations: transistor radios to the Walkman, the iPod, and the iPhone, for instance). And it sharpens your focus on the problems to be solved by the product.

It’s the leapfrog of development – transforming vague notions into things consumers cannot describe (because they haven’t experienced them yet), but that they’ll recognize as useful as soon as they appear: VisiCalc, for instance, or GPS navigation.

But will that perfect, leapfrogging problem-solver make it onto anybody’s radar? Programmatic buying says it should. So do Big Data analytics, which, in the right hands, can reveal the most amazing relationships.

In the online world of instant results, you can test a hundred different presentations – of images, copy, sound, and video – in hours; determine which version “pulls” best; and take the next step, whether it’s creating and testing different prototypes, packaging, video posts, web pages, or even TV spots.

The Lifespan of a Gnat

The problem (and it is a problem) is the highly fickle nature of modern buyers – B2C and B2B. What they like today may be passé in a week. And the product that you counted on could suddenly look very obsolete.

That’s a good reason to ensure that R&D isn’t minimized. Or that cash cows aren’t counted on when competition comes along from unexpected places. While software has moved from the desktop to the cloud, for example, many firms that didn’t make the switch lost their dominance. A notable exception is Intuit, which kept adapting in sync with the marketplace changes.

From Today to Tomorrow

So figure out whose who you’re really selling to. If you try to be everything to everyone, you’re as likely to fall short as if you focus on a solitary aspect of a buyer’s concerns. And if you tailor your offerings only to customers’ existing expectations, you’ll probably miss the opportunity to develop what they will need…before your competitor does.