When It Comes to Office Politics, Just Zip It

Office politics is an unfortunate workplace reality. It’s a phenomenon that leads us to behave in ways that might not qualify as totally ethical, and it encourages certain co-workers to indulge their inner Faust.

I’m guilty of it to some degree. I calculate people’s likely responses to business proposals in advance, line up allies, and prepare responses and rebuttals for those who are sure to disagree. It’s self-preservational. But it’s directly related to accomplishing what I think is right for the company, regardless of whether it’s right for a particular colleague. 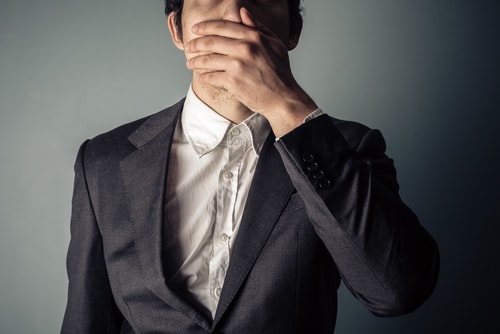 When I landed at a company whose foundational document began with “No politics,” I couldn’t help but be skeptical. Two years into my four-year tenure, the assertion was proven to be meaningless. The CEO himself began enlisting spies to check up on what managers were thinking. Any time someone from outside my group would just drop in to chat, my guard went up.

As difficult as these interpersonal dynamics can be, there’s a more insidious variety that does not involve the workings of the business. It’s the attempt to discover your political leanings outside the company.

When anyone asks whether I’m supporting candidate A or voting for proposition X; who I thought was the winner of last night’s debate; or whether I believe the assertions in a superPAC’s ad campaign, I cringe. No matter which way I answer, I’ll be tainting my workday existence.

Despite countless studies that show that a diverse set of talents and perspectives is the hallmark of successful teams, some managers want to be sure “you’re one of us.” Yet that kind of stereotyping can be lethal to progress, especially because the way someone votes in an election has nothing to do with the value of their skills in solving problems on behalf of the business.

I recommend shutting up. Not rudely or confrontationally; that’s the other person’s M.O. in most cases. No matter how hard they press for an answer, it’s safer to say that you never discuss politics at work, always remain non-partisan in business decisions, or treasure the abiding guarantee of a secret ballot in America.

I’ve been in situations where the antagonists made endless challenges: “Afraid to defend your position, are ya?” or “You look like a [liberal/conservative/Republican/Democrat/Commie/equal rights supporter/you name it] to me” or “I’m signing up with a local group to support [Candidate’s name]. Wanna join me?” to try to draw me out. Don’t take the bait.

There is no good that can come of it. That’s particularly true when a skilled office politician pretends to be like you but is really a supporter of a different party or position. Really skilled individuals are like grifters who gain your confidence only to use it against you. It’s pernicious.

Office politics will never go away. Even in so-called flat organizations where people have no titles and change jobs and roles as the challenges demand, somebody’s gonna be compelled to finagle a choicer spot. It’s human nature.

Discussing outside politics inside the office, however, tends to establish grounds for exclusion and, if you’re shut out despite being the best person for the job, that’s simply bad business.