Walmart may not have been the first company whose pricing policies forced suppliers to send jobs overseas, but it was, for years, the one with the highest public profile. Yet, like so many things involving marketplace dynamics, the issues that attracted the most attention had to do with the wages and benefits that Walmart offered employees. It’s a subject that makes good press but, ultimately, bad economics. By contrast, with the impact of offshoring, though, it’s almost insignificant. 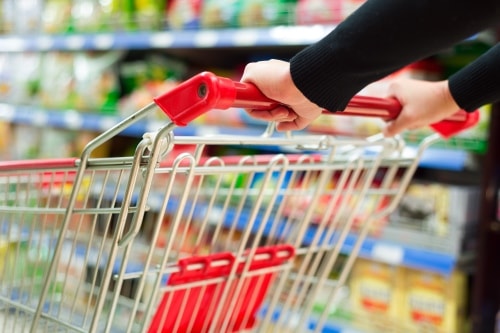 By insisting, year after year, that American manufacturers meet ever-lower price targets, Walmart effected some worthwhile improvements. Domestic producers were forced to improve their processes in ways that increased efficiency, reduced overhead, and allowed them to turn out goods for less. Yet, after implementing every ISO 9000 protocol available to streamline operations, lower the cost of production, and still make a profit at the price Walmart was willing to pay, there came a point at which suppliers had no more ways to trim costs…except by sending jobs overseas.

Domestic factories then laid off their workers who, without jobs, went to Walmart and complained that, because they had no income, the prices were too high. Walmart then went to the next manufacturer, ultimately driving that company to offshore and sending more unemployed workers to Walmart in a self-perpetuating loop.

The US workers who used to build the nation’s products could no longer afford to buy them, and their former employers became susceptible to foreign competition or disruption by domestic upstarts — the production of television sets moved overseas, innovations were developed by foreign companies, US television firms disappeared (RCA, Sylvania, Emerson, Philco…), computer monitors provided higher resolution than TVs, TVs from overseas got ever-larger, resolutions kept rising, standard broadcast and cable began to offer Hi Def while DVDs provided BluRay, and then, as Internet penetration ramped up, broadcasters and cable outlets and DVDs fell prey to original programming from online providers.

That’s the way capitalism evolves, of course, but the impact has been felt nationwide. It’s not simply Walmart at the crux of it. That scenario’s evolved, and now it’s Walmart and its big box buddies that are feeling the pinch, primarily from Amazon. Yet, while Amazon excels at undercutting prices, it has helped to accelerate the death of the remaining mom-and-pops, and the people who worked in those stores.

In its own moment of public disapproval, regarding working conditions in Amazon’s warehouses, it was clear that those employees fit the underpaid pattern – the one that makes it hard for them to buy what they pull from the shelves. Henry Ford knew that wasn’t going to work, which is why he paid his factory workers more than his competitors…because those higher wages let them buy a Ford.

The American middle class is now considered endangered. Under constant pressure, Walmart improved its own employees’ wages and benefits. Amazon simply said that the reports about working conditions weren’t accurate. And the PR efforts by Spinnochio & Company kept the waters calm enough to let the news cycle move on. Yet neither situation provides what used to be called a career, and the companies’ efforts aren’t helping the employees’ neighbors who can’t find work or retraining.

Now, with artificial intelligence threatening to replace even more workers with robots and algorithms, who’s going to be left to buy the products or pay for the services that keep the country going? Even Netflix and Amazon are producing some of their streaming series out of the country.

While job numbers have trended upwards recently, service sector employment outnumbered goods-producing jobs 21-to-1, according to a recent Bureau of Labor Statistics report. And those service jobs are not, primarily, in high salaried financial and professional services arenas. In broad strokes, however, the long-term unemployment hasn’t changed, and the ratio between employment and population is essentially the same.

There is a solution of sorts. Costs in China are rising, and some American firms are thinking about bringing manufacturing back home, though others have their eyes on lower costs in Southeast Asia. Yet the reluctance to make large capital expenditures is likely to hold back factory construction and a resurgence of manufacturing positions.

American executives can make a difference, but not if they focus first on ensuring investor contentment while putting domestic employment further down the list of priorities. Though buybacks and cash hordes protect stock valuations, they don’t build businesses. US companies must start investing in US workers or there won’t be enough disposable income to purchase the services and products brought in from…someplace else. There won’t be tax revenue to fund infrastructure improvements or maintain a level of education that keeps America competitive.

We’ve gone from watching The G.E. College Bowl to Are You Smarter Than A Fifth Grader. We promote overnight success on the ball court or in front of a microphone while still calling STEM students geeks. And we cheer for people who say they’re going to change things without explaining how.

Meanwhile, back in China, manufacturing produced a solid middle class and a separate class of billionaires that seems to have grown just as fast. Now, if the long-term unemployed in America can find work at all, it may be at McDonald’s where they might have to learn to ask, “Want fries with that?”…in Chinese. And that’s too bad…because Americans seem programmed to resist ever learning a second language.