Succession Planning for Small and Family-Owned Businesses: Are You Ready for Change?

Succession planning. We think about it all the time, right? No? Never? Unfortunately, that’s the reality in many businesses – particularly smaller or family-owned companies.

According to the Society of Human Resource Management (SHRM), “Succession planning is a means for an organization to ensure its continued effective performance through leadership continuity. For an organization to plan for the replacement of key leaders, potential leaders must first be identified and prepared to take on those roles.” 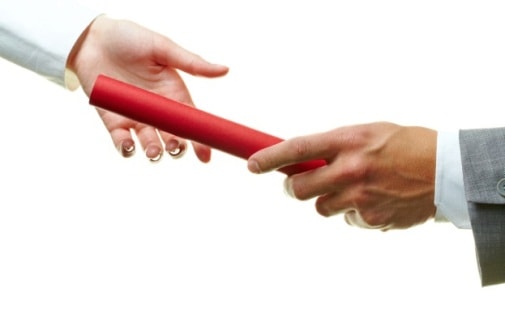 How is succession planning different in a small or family-owned business versus a large company or a publicly traded company? The goals of the owner or ownership group have to be considered. Is there an heir? Does the management team want to buy into the business? Is a sale to a private equity firm or a strategic buyer in the cards?

In a small/family-owned business, it is often assumed for extended periods of time that an upcoming heir to the company will emerge. That a daughter or son will want to step up and run the business. That’s not always the case.

Some years ago, one small manufacturing client of ours faced such a challenge. The business was founded by two brothers and later joined by a third, who ultimately became CEO after the elder brothers stepped away from day-to-day operations. For many years, they hoped for an heir to emerge from within the family. It never happened, and they hadn’t groomed a successor from within. Their plan shifted to getting a new CEO from the outside who could grow the business and later prepare it for sale. Several years later, they successfully sold to a PE firm.

Having the CEO or owner select a successor independently can be dangerous. Often, the CEO will hire someone in his or her own image, looking in the rearview mirror at what made them successful in the past. Even worse, sometimes the CEO will subconsciously hire someone who is not as strong, so as to preserve their legacy as the Great CEO or Founder of the company. If there is a board of directors or a board of advisors, get them engaged and get them engaged early. As you’re grooming people within the organization, be sure these candidates get enough exposure to the board, so that the board is comfortable in assessing their readiness.

According to SCORE (a nonprofit association dedicated to helping small businesses get off the ground, grow and achieve their goals), succession planning for the top role should begin 15 years before the CEO plans to retire. Choose the successor, develop a formal training plan for the individual, create a timeline, and ultimately install your successor.

As you’re looking at broader succession planning for your executive leadership team, be mindful of the following potential pitfalls:

20 Characteristics of a Successful Leader