People-First Leadership: How to Become an Inspiring Executive

A recent survey of executives about traits needed to succeed as an executive highlighted leadership skills as the most commonly cited one. While there are several definitions of leadership skills (pray, who doesn’t have a say on his or her own interpretation of leadership) with encompassing factors such as communication, motivation and strategic orientation, a pragmatic denotation which I picked up from a mentor is the impact you have on the people around you.

Taking a cue from that, as I delved deeper into the topic, various interesting components emerged. Suffice to say that leadership starts and ends with people! Here’s a compendium on the skills required to lead a team: 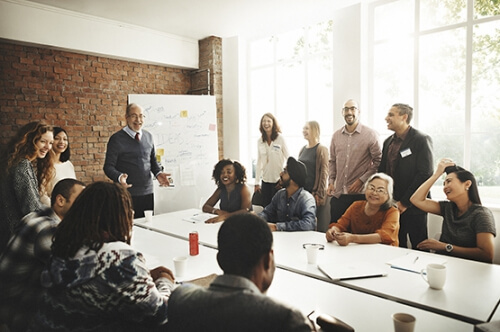 Thinking Human First: The key point here is to connect as a human being with the person around you first. I remember a visit I took many years ago from our head office to a branch office. When my colleague from the head office who accompanied me on the trip, met a new member of his team who had just joined at the branch a couple of weeks earlier, asked him, “How’s your target achievement for the month coming along?” without even inquiring about how he has been settling down, how does he find the new firm, or even offering handholding help. I was just amazed at the way our professional orientation takes precedence over basic human values!

Empathetic Deep-dive: At times, we sense that our colleagues are holding something back. On many occasions, when offering empathy and asking team members if they need any help, I have seen that even those who are otherwise articulate hesitate to open up. But, they do so freely the moment they sense an empathetic listener in you. A case in point is when a young man who was a terrific performer suddenly started floundering and, on being asked professionally, didn’t volunteer a reason. When a senior colleague took him out for dinner and in a sincere, empathetic tone enquired about his well-being, the reason popped out – it was a case of unrequited love. Identification of the right reason leads to the right solution and, pretty soon, based on care-driven counseling, he was back to his winning ways.

Humility: Humility is somewhat under-rated in today’s world where social media enables everyone to have their 15 minutes of fame, even just if it is within their own circle. Leaders need to realize that it is not about them. How many of us genuinely like those who brag about themselves? A leader who downplays their own importance and pushes up the worth of their team increases, the respect they earn from their team manifold! I have seen that one of the most significant ways to display humility is to unhesitatingly apologize for mistakes rather than let one’s ego take over!

Stress vs. Fun: One of the best leaders I have worked with was asked by his direct reports why he doesn’t drive his team hard with deadlines and tactics that can induce stress or fear. He asked them to pause for a moment and reflect hard on whether, at such senior levels, they wished to be driven or, converting stress into fun, actually love their work so much that deadlines and follow-ups become redundant!

Inspiration: A secret is that many people, while proclaiming their own leadership skills loudly, actually love to be led! They look to their leaders as a source for inspiration. While the debate on born vs. made leaders is evergreen, the more inspirational you are in terms of leading from the front, speaking the team’s language, the greater your chances of success. Think Gandhi, think Washington, think Mandela. The common threads between inspiring leaders, include genuine concern for the team, amazing levels of energy, authenticity which speaks for itself and a clear vision.

How to Stay Connected Virtually