The CFO role requires a strong candidate able to lead the charge. But, the qualifications needed and the route to get there is ever-changing. BlueSteps sat down with Debbie Ellis, one of our BlueSteps Executive Career Services Advisors, to learn more the status of the position and the attributes needed to obtain a CFO position.

Over the past couple of decades, the C-Suite has overall expanded, continuously growing to pinpoint and meet targeted needs of an organization. It is now more apparent than ever that strong leadership skills and a strategic, forward-thinking mindset are necessary attributes for an executive pushing an organization’s growth, often even more so than technical and functional expertise. As such, the C-Suite has seen several senior-level functional roles added into the elite Chief roster and established C-Suite roles have been forced to re-evaluate the roles and responsibilities vital to meet the current needs of the function. 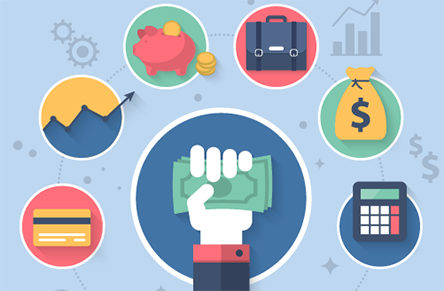 Of the established C-Suite roles, none have seen a more rapidly changing landscape than the Chief Finance Officer. Initially viewed as the company bean-counter, the CFO role has morphed dramatically to match the needs of the evolving economic climate of the last two decades. With the recent major financial crisis, the exponential rise in shareholder activism, and social media heightening focus on financial reputation, CFOs were forced to quickly embolden. Gone are the days of bullish financiers focused solely on profits; ambitious and strategic, determined crisis management officers are now taking over the helm to right the ship and overcome any fiscal challenges. CEOs quickly realized that the finance executive was a strong right-hand in helping push their company forward, and the CFO role became far more common.

As the economy continues its upwards trend and technology becomes an ever more vital factor in corporate growth, the financial executive role becomes more critical than ever. As such, the expectations for the position become increasingly complex, and today’s CFOs are expected to have a vast array of leadership, technical and operational skills. hose looking to become CFOs need to be analytical and future-minded, as is true for all C-Suite leaders, in addition to perfecting their well-established financial skills. Today’s CFOs have broader responsibilities and oversee their companies in mergers & acquisitions, creating marketing strategy, developing new capital, selecting markets, managing P&L and investments all while having the foresight to understand how these decisions will impact the business 5-10 years from now.

For finance professionals looking to make the jump from middle management to the C-Suite title: experience in tax work and auditing is a plus. Odgers Berndston data shows that nearly 70% of all Canadian CFOs in 2014 were CPA, CAs as opposed to the more traditional MBA many executives hold. Although these numbers strictly reflect the CFO role in Canada, the shift from MBA to CPA CFOs isn’t uncommon across the globe.

Finally, today’s CFO should be well-versed in data reporting and analysis as well as have a hand in customer service. We now live in a world powered by data and general market strategy has moved towards effectively using data to predict the future. Understanding customer trends and needs can help fill in the small gaps overlooked by the larger numbers, resulting in widening the scope of bigger picture goals to meet.

The current Chief Financial Officer carries a lot of weight on their shoulders. As the uncertainty becomes the new norm, we can only imagine that the complexities of this role are going to become even more intricate.

Eligibility: This giveaway is open to those who are 18 years of age or older. Employees of BlueSteps and their immediate family members are not