The Little Things (and How Ignoring them Affects Success)

When you click on a link and get dumped into 404 limbo, that’s not good. But when a link’s completely dead, that’s even worse.

Calling a number on a company’s website and reaching a retiree in Boise is unfortunate. Hearing “The number you have dialed has been disconnected or is no longer in service,” may suddenly classify your prospect or customer as “former.” 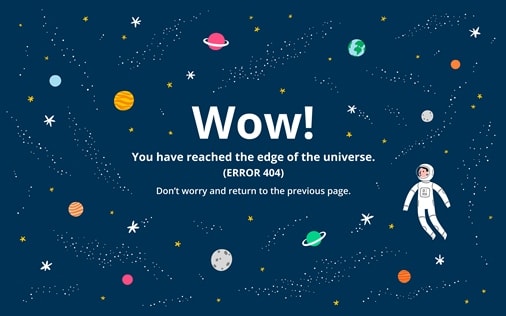 These are – relatively – little things. Mis-formulating metals in I-beams could render a structure unstable. Adding the wrong ingredient to fertilizer can kill off crops and decimate beehives. The wrong pharmaceutical dosage can lead to a coma or death. In isolation, even these are all little things.

Today, though, little things don’t have to combine to create something bigger. Single instances of error, even those that result in no damage, can become global news in an instant. And for brands and reputations, that’s a horrifying prospect.

It multiplies the damage in a thousand different ways. Whether it’s the cost of a recall, a financial reimbursement, an internal investigation, or the deaths of employees or consumers, the disaster compounds and the tarnish to large brands can last for years…and can force smaller firms into bankruptcy and total oblivion.

Think of Volkswagen’s diesel debacle, Wells Fargo’s falsified accounts, and Samsung’s Galaxy Note 7’s literal meltdown. Each of the companies made public apologies, including full-page letters in the world’s major papers. And all saw their market valuations decline.

The shortcuts, quick fixes, and falsehoods that had led to greater margins, faster rollouts, and an increase in sales have all come face-to-face with the reality of small leaks and the effect of social media. It’s no longer just a consumer-driven economy. It’s a consumer vengeance economy in which righteous indignation – right or wrong – from people directly affected (and those who are outraged on principle) rules the day.

All in the Family

What’s the remedy? It’s easy to say that there need to be internal safeguards, product testing, and courses in ethics. And it’s equally easy to find ten thousand companies that already have them.

Yet, as with so many other Golden Rule-like situations, the family and friends test may turn out to be the best…if, that is, business applies it. If people can ask, “Would you do this to your mother, offer this to your siblings, give it to your children, or recommend it to your very best friend?” and the answer isn’t “yes,” there has to be the option to stop, re-think, re-work, and take the risk of not making the numbers that Wall Street or investors expect.

You’ll take a small hit in the short term, but the long-term potential for success will be considerably brighter.