Almost all executives are aware of this little country, but for most executives and expanding companies, Japan plays a relatively small role compared to neighboring China. This article is therefore intended to throw light on Japan’s globalizing economy and the executive opportunities that are opening up there. 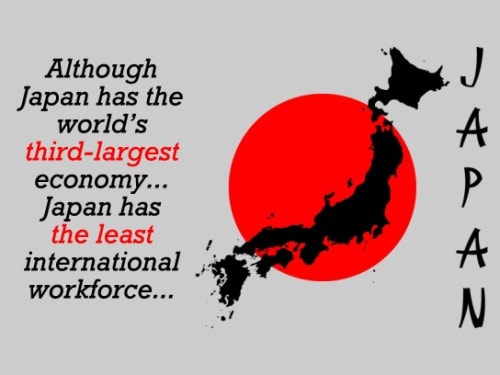 Although Japan has the world’s third-largest economy and its life-science and information and communication technology sectors are the second-largest in the world, Japan has the least international workforce and has the smallest number of female executives among G20 nations. This current room for improvement is just one sign of executive opportunities that are available.

This article looks at the main in-and outbound opportunities for the internationally mobile executives.

M&A Wave
The current M&A wave is fueled by a shrinking market at home and ample cash – about $US1.2 trillion. Japanese companies are on a buying spree and have already spent $US41.8 billion in 2015, nearly twice the $US21.2 billion spent in 2014. To name just a few – Nihon Keizai Shinbun acquired The Financial Times; Canon bought Sweden’s Axis AB, the number-one video-surveillance equipment manufacturer in the world; Sosei acquired British venture Heptares Therapeutics; Hitachi bought the Italian rail and traffic-signal company Ansaldo; and Brother acquired the British company Domino Printing Sciences.

The ensuing reshuffling of top management at the acquired companies, as well as mounting pressure on Japanese headquarters to manage globally to global standards, creates good opportunities for talented new leadership, both in and outside of Japan.

Japan’s SMEs Internationalize
Japanese companies face stagnant or slow-growing domestic demand combined with a decreasing population. They have therefore been searching for some years for opportunities to grow outside of Japan, and the pending free trade agreements with the European Union and the United States give further momentum to even more investments. In addition, the Japanese government’s “Cool Japan” program to promote Japan internationally means a fresh breeze for lifestyle sectors such as food, design and daily goods, textiles/apparel, as well as entertainment.

The Japanese government actively promotes SMEs going overseas by promoting “clusters” such as the precision machinery cluster in Suga, the medical device manufacturer cluster in Osaka, and the fuel cell and aerospace cluster in Sagamihara.

Japanese Joint Ventures
Most joint ventures fail and break up, and Japanese joint ventures are no exception. This is a chance for international executives to step in and act as bridges, translators, and negotiators.

For instance, one German executive was hired by a Japanese company attempting to save their joint venture in Germany with a German plant equipment company. In such scenarios, cultural sensitivity, cross-cultural communication, and language skills are more important than technical expertise.

High Demand for Outside Directors
The accounting scandal at Toshiba revealed the need for more corporate governance. A new law called the Corporate Governance Code took effect this June, requiring listed companies to appoint at least two independent outside board members with no vested interests.

Growth Sectors
It would be an exaggeration to say that the Japanese economy is booming, but many sectors are in good shape and are receiving an additional short-term boost by the Prime Minister’s “Abenomics” revitalization efforts and the investments for the 2020 Olympics in Tokyo.

Comeback of Some Multinationals
Some multinationals are on a comeback in Japan. As Gerhard Fasol, the president of Eurotechnology Japan KK, pointed out, “Some famous European and US multinationals are looking for a new approach to growing their business in Japan after neglecting Japan as 'too difficult' or a 'closed market' for 30 years in some cases. Slowly the knowledge is penetrating to Europe and the US that Japan is really big as a market, and not 'closed' and that success in Japan really brings global benefits – not only locally in Japan.”

As Japanese companies embrace globalization, they require a more international and diverse leadership talent pool, better corporate governance and payback to shareholders. Executives and a variety of specialists are in demand because of the shift from insular and inefficient structures to global and effective ones at the board of director level and the outside director system. Because of this, 2015 and 2016 are good years for executives aspiring to seize global opportunities in Japanese companies.

Executive Talent Issue Nineteen - The Now, the Next, and the New Normal