Getting the Most Out of Your Interview: Top Tips for Candidates

Interviews…interesting topic, isn’t it? I get asked very often….how to crack an interview! For starters, an interview is a view of each other (the company & the candidate getting to know each other)…it is NOT a one-sided conversation…often, one sees very senior folks sitting in interviews like timid rabbits waiting for permission to eat cabbage rather than playing offense! 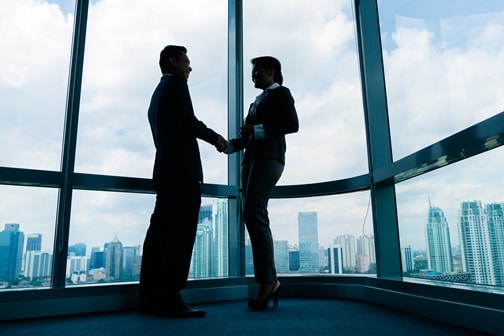 Non-Verbal Communication: One of the most interesting contributors to a decision! The instinctive like/dislike of a candidate is based on the energy and positivity the candidate conveys through his verbal as well as non-verbal communication. While most people prepare well as regards the verbal part, they ignore the non-verbal part. Just imagine…which stranger do you feel comfortable with when you go on a walk? A jogger who smiles at you and appears positive or a grumpy person who is fiddling for his keys?

Presence of Mind: Do not over-prepare. You will have questions beyond the scope of your preparation which you cannot, and should not, struggle to answer. An anecdote which takes the cake here is a candidate who slipped while walking to the interview arena, had papers flying all over…and instead of being embarrassed, coolly gathers the papers and then tells the interviewers, “Good morning! Sorry about it….guess I fell for the right company!” He was hired on the spot – they didn’t need to ask him any further questions!

Research on the Company: Surprisingly, this is where many candidates fail. It is not just about headline research (annual reports, internet search et al) as regards the company, but also about leveraging your networks to get an inside scoop. Be prepared with data and perspectives on strategic questions such as the key challenges of the industry, three main focus areas over the next five years et al.

Art of Storytelling: The human mind understands stories best. And this is one area wherein you can stand head and shoulders above other candidates if you can convert your technical points into stories and anecdotes using the standard CAR format: C (challenge/context) –A (action) –R (response/results).

Go Beyond the Expected: I was once impressed with a candidate who proactively took to the whiteboard in the room to elaborately and lucidly explain a complex situation! Apart from winning points for proactiveness, he stood right up there for communication. There’s no hard and fast rule that the situation has to be explained in one mode only!

Science as Well as an Art: While preparing, please bear in mind that the interview process is an art as well as a science. A question I ask frequently – “Tell me three things about yourself which are not on your CV” – has the ones who focus only on the science part hemming & hawing!

Sell Yourself without Overdoing It: An area which many candidates struggle with, the accent here is on subtlety rather than going over the top. While you cannot be self-effacing and certainly need to highlight your role, the interviewer cannot get the impression that it is about you, you alone & you only! A case in point is an interview wherein a candidate clearly highlighted the roles of various departments in a cross-functional project which brought the company tremendous success, and his role as an orchestrator & key contribution was beautifully articulated.

While many of us focus on the talk, listening is equally important. After all, a conversation (which is what an interview boils down to) is, at its core, a balance between the mouth and the ears!

Workshop: How to Master the Virtual Interview

Common Interview Questions & How to Answer Them

Interview Myths All Executives Should Know