Propaganda is a despot’s favorite tool. Yet dictators no longer dictate what’s said. It’s guys like Paris Wade and Ben Goldman whose stories are designed to lure the partisan and gullible…and earn them tens of thousands of dollars a month in fees for the ads that appear on their site.

One could admire their entrepreneurship, but that would be like applauding Josef Goebbels for attracting large crowds. The results of their work could spell disaster – for politics, business, and society. 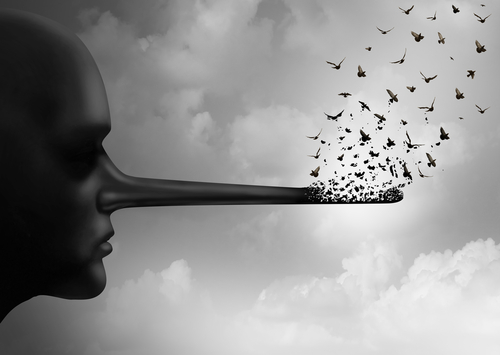 The 2016 election was a clear demonstration of how news, both factual and fictive, could alter the opinion of the public. How truth could be obliterated. How lies could form the basis of crucial decisions.

For businesses, the spread of innuendo and rumor, which can happen in seconds and extend around the globe, can decimate a brand’s reputation, alter sales and, by extension, harm the livelihoods of thousands of employees.

That’s a subject touched on by Om Malik in a New Yorker story, detailing how technologists are so focused on their algorithms that they’re deaf and blind to how they affect individuals. How, for example, an industry like trucking can be altered forever by replacing all those drivers (and there are millions of them) with A.I. driven auto-pilot semis.

While one group of A.I. developers is crafting applications for detecting intentionally inaccurate stories, it’s possible that another is working to churn them out more rapidly. It’s likely, in this new world order, that corporate espionage won’t matter as much as corporate defensive strategies to counteract false information, take legal action against its creators, and find ways to track them down – from Podunk to Plovdiv – and take them off the grid. It’s a scenario that makes Whack-a-Mole seem winnable.

On a government level, the threats are just as great – to the governed and the governors. The U.K. just passed the Investigatory Powers Act, giving authorities the right to snoop on anyone at any time for any reason. But Americans, in the wake of Edward Snowden’s revelations, made efforts to curtail such surveillance. Yet in the recent presidential election, there were clear indications that overseas hacking may have played a role in breaking into email accounts and, less certainly, in manipulating voting machines.

It’s nice to think that good guys always win, but they don’t. Sometimes, as Leo Durocher said, “Nice guys finish last.” That’s not because they’re weak or stupid. It’s because, too often, the carrot of wealth and power is a more persuasive stick.

What’s the solution? Time will tell. In the meantime, awareness, skepticism, and preparation are essential to prevent the kind of damage that can undermine commerce, governance, social stability, and international affairs.