Executive Resumes: What Recruiters Will Look for On Yours

A friend of mine reached out recently, asking for advice on how best to write her resume. I then delved into my dossier, containing a compendium on do’s and don’ts handed out over the years, and figured out at one glance that my advice is a departure from the standard by-the-book norm – instead, it shares tips from the point of view of the reviewer, who has barely 60 seconds to flick through your “autobiography” and form an impression of you! 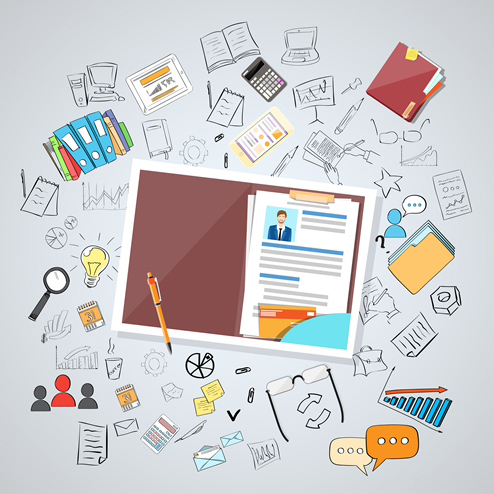 Be Brief: Brevity is the soul of a resume. You have to keep it brief. Highlight only your most important accomplishments. At senior levels, people do NOT have the time to go through a tome. No matter how often this feedback is given, one still finds long resumes wherein a search for a sound bite is a classic case of searching for a needle in a haystack.

Customize: Again, a piece of advice which is very often ignored. There is no definitive document which captures all aspects of your personality. Your CV needs to highlight those traits and experiences you possess which are most relevant for the role in question. If you have experience in both sales & operations, your ability to strike up conversations with strangers should come through in a role for the former and your ability to design and re-design processes should be a salient feature of a quest for the latter role.

Differentiate: How does the person decide you are top of the line? Most folks have sound academic records and work in blue-chip organizations. Is it a book you wrote on a subject in your area or a deployment which was an industry first?

Highlight Value Creation: An excellent way of showcasing your ability is to highlight the way in you have created value. Rather than talking about two years in a role, highlight three bullet points on your role elements, imagine the power of converting that into value…

Talk About Wins: A mistake a lot of people make, with the best intentions, is to describe their roles. The reviewer is not interested in what you were supposed to do as opposed to what you actually did. So, rather than say the role envisaged a coverage of 500 people, talk about people development, attrition rates, etc.

Be a Maverick: What about carrying a multi-media presentation, if there is scope and it’s appropriate, rather than just carrying a resume? I once had a candidate who used the whiteboard to good effect and explained his ideas beautifully. Who says the resume is the only tool? Go beyond.

Have an Outside-In View: Most people land up with an inside-out view, talking about how the role is a good opportunity for them to further their career. A good resume, based on research on the role and the firm, talks about how you can add value for them. The firm is hiring you to do justice to the role, not to cater to your career growth interests. Of course, career development is an important aspect of your relationship with the company but that comes into picture AFTER your handshake with the company. Why should a company focus on the career development of a stranger? Once you are an employee, and have proven yourself, it is par for the course.

Let me sign off on a humorous note by citing a quote from Bo Bennett – “a resume is a written exaggeration of only the good things a person has done in the past, as well as a wish list of the qualities a person would like to have.” Make it real and all the best!

Steps to Impress in your LinkedIn Summary

6 Ways to Ensure Your Resume is Marketing YOU