Dell-EMC Merger Holds Lessons for Boards in All Industries

In these contentious times, when almost every topic—even the weather—has become controversial, it is edifying to read about a merger that sailed through the shareholder approval process with near unanimity. On Tuesday, July 19, EMC shareholders voted overwhelmingly and without debate to approve a $62.3 billion merger into Dell, with 98 percent of votes affirming the deal, and almost as many approving golden parachute payments to EMC executives in the event of job loss post-closing. The deal received U.S. and European antitrust approval in February and is on track for approval from Chinese antitrust authorities in time for an October closing. The new company, Dell Technologies, to be chaired and led by Michael Dell, will be privately owned. 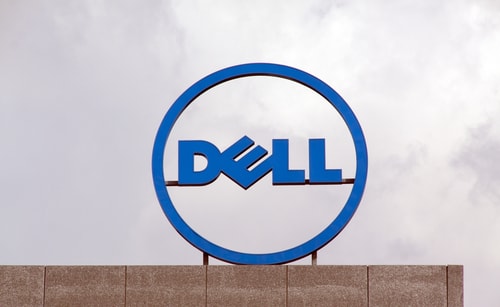 Despite its unique status as the largest technology merger ever, and with an added go-private twist, this high-profile transaction is likely to put M&A on the agenda for boards in a wide range of industries. Let’s look at some deal details to draw broader lessons for board engagement and oversight in all the main phases of M&A. For more insights, see Director Essentials: Strengthening M&A Oversight, and Governance Challenges, 2016: M&A Oversight, two new publications available without charge to all NACD members.

Prior to this transaction, the EMC board had been under the gun from a major shareholder, hedge fund Elliott Management, to increase shareholder value, so it examined a variety of strategic alternatives before agreeing to the merger into Dell and called the deal “by far the best outcome” compared to other scenarios considered, said retiring EMC chairman and CEO Joe Tucci, quoted by trade industry magazine CRN. Statements about the strategically motivated merger emphasize the new company’s ability to compete in a changing world. Among the business units to be combined is EMC’s VMware, a cloud services company that includes products for use in “hyperconverged” infrastructure.

The EMC board “worked diligently to make sure the transaction with Dell is fair and provides the best value for your investment,” EMC’s Tucci assured shareholders. This standard of fairness and value articulated by Tucci ties into the director’s duty of care, as interpreted by courts. There are four main standards for judging director conduct in the sale of the company. From most lenient to toughest, they are:

In addition, when a company has promised its shareholders the right to have the company appraised, the court itself can impose its own valuation—as the court did retroactively with respect to the original Dell go-private transaction.

Advice for boards: Seek the best deal and be prepared to show how you did it.

EMC shareholders received $24.05 plus 0.111 share of tracking stock issued by Dell’s parent company, Denali Holding. The value of the tracking stock is tied to the performance of EMC’s VMware. This innovative payment structure shows that value is not always just about a flat price, but can be about post-deal performance. Common variations of creative structuring range from mixed payment modes (cash, stock, notes) to contingent payments to the seller based on future earnings (aka earnouts). Transactions involving private companies sometimes afford more flexibility than public-on-public deals, where the main alternatives are stock or cash paid in full by closing.

Advice for boards: Ask how the deal can achieve an optimal financial structure.

Most due diligence burden by definition falls to the firm that will survive the change of control, in this case, Dell. (Although it is described as a merger, it is clear by nomenclature that Dell is the surviving entity.) Due diligence looks at a variety of risks ranging from legal to reputational. In the case of mergers within the same industry, rejection on antitrust grounds is a major risk. Dell did not have major problems as the IT field still has other giants, including BM, Hewlett Packard, and Oracle. That said, when and if the field narrows to three regulators do get concerned about market concentration. (This was seen on Tuesday, the same day as the EMC vote, when U.S. antitrust regulators announced legal actions to block the proposed Anthem-Cigna and Aetna-Humana transactions, as the New York Times (July 20, Picker, Abelson) source reports.

Advice for boards: When looking at risks, don’t forget the main risk to the deal itself: potential regulatory denial. Work with your general counsel to ask for approval early and often.

The Dell-EMC merger shows the importance of negotiations from the earliest stages, not only between the merging companies, but between those companies and their owners. The EMC board and senior management had been under pressure by Elliott Management, a hedge fund with a long and successful track record, to break up the company. Yet the board was able to convince the fund to approve the Dell merger. Last October, when the merger was first announced, Elliott Management cheered: “Elliott strongly supports this deal. As large stockholders, we have enjoyed a productive and collaborative dialogue with Joe Tucci and EMC’s Board and management. We are confident that this Board has worked tirelessly to evaluate all paths for the company and that today’s transaction represents the best outcome for stockholders.”

Advice for boards: Don’t wait until the last minute to engage your shareholders in your strategy; include them in your major turning points so they will be on your side when voting day comes.

As Fortune noted on the day of the vote, the new entity will combine Dell’s units for servers, PCs, and storage with EMC’s storage business as well as three other units in the EMC confederation of businesses: RSA’s security products, VirtuStream’s enterprise cloud unit, and VMware’s data center software and virtualization businesses. An EMC veteran will preside over Dell EMC, a good choice, since the integration will have heavy operational aspects. Here is where project management comes in. As project management expert Antonio Nieto-Rodriguez and I noted in the August issue of Financier Worldwide, “one single one single integration [program] can encompass up to 1000 projects and last two to three years.“

Advice for boards: Make sure that the managers in charge after the merger understand the operations needed to deliver on the deal’s promise.

7 Ways to Build Your Personal Brand