The CSO Role: The Lucrative Newcomer to the Top Table

As 2017 stretched its arms and exhaled a low yawn, I began pondering what the new year would bring. A lot of great Sales Directors wonder something similar, looking forward to what their pipeline has in store. Having tackled most of the C-Suite in my previous articles, it was high time that I looked at this lucrative newcomer to the top table and it seemed that the answer to the previous question was a resounding “No” – 89% of respondents from an initial 331 Sales Directors that I reached out to weighed in to say as much.

A sample of the responses received regards “Are you happy with your pipeline for 2018?” 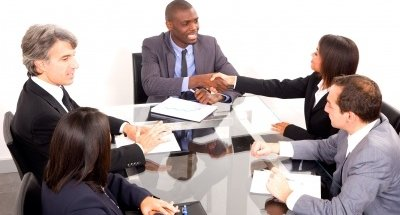 There we a couple of people who were happy with their 2018 Pipeline?:

I wasn’t satisfied with simply asking Sales Directors their feelings on their 2018 climates though, so I delved further into their world by asking my network what they feel are the key characteristics that push them to the top of the food chain-- what makes a great Sales Director? To get the ball rolling, I presented those asked with an extract from What You Can Learn From The Top Sales Leaders (Forbes, July 2017) which outlined the following categories as crucial in order for an individual to get the best from sales:

I can say from the feedback that I received that the Sales Directors found “Acting like a consultant” to be their top quality in separating the wheat from the chaff with 61% in favor of this. The closest contender to this option was “Being helpful”, but the numbers showed that this option paled in comparison – only 17% of respondents espousing that this, in their opinion, was the most important quality in making a great Sales Director.

Another idea which cropped up as missing from the original article was the idea of “Knowing the rules of the game” where respondents explained it was important to “Understand what your limits are” so as to make “Each interaction valuable” in a job where everyone is “time poor.”

To conclude: it seems that the best Sales Directors are those that are willing to push for the best outcome for both themselves and the customer, but are willing to take a hint if they realize that the potential sale isn’t there. That may seem a reductive point at first glance, but I’ve always thought this idea to be the art of business to a tee and there’s never enough times you can remind yourself of that idea. All I hope in the meantime is that these C-Suiters are in for a lovely Christmas and a happier 2018 than they expect when the new year rolls around. Having said that, I must chuckle that one response I received whilst conducting research for this article did leave me with a saying that I have always used myself: “I’ve never met a sales manager yet who is happy with their pipeline – they always want more!”

How to Break into the C-Suite