Authentic Networking: How to Build Real Relationships with New People

The word “networking” conjures up negative images in my mind. It appears as if one is reaching out to others with purely selfish motives and with the sole objective of “taking” and not “giving”. Many people feel similarly – hence, the attempt to neutralize it by introducing synonyms such as “relationship building” or “connecting” without a real attempt to address the emotions/motives underneath the effort!

Let’s just cut to the chase. People are essentially social animals. And as we lead increasingly digital lives, the handheld device becomes our alter ego. How often do you see families at airports where everyone is busy on their phones? The whole idea of networking therefore is to reintroduce us to the time-honored tradition of human contact. In other words, getting to know a whole bunch of new people & staying in touch with people whom we already know.

And as people start connecting with each other, why would they continue to remain in contact if they did not have something in common? Either they share common professional interests or are part of the same neighborhood cycling group, for instance! Hence, while networking (or reaching out) is an effort to ensure meaningful relationships, the underlying principle of “meaningful” contact is often misinterpreted as an attempt at quid pro quo, resulting in the negative spin on the entire concept.

As is my usual advice, here’s a list of do’s and don’ts gleaned over the years.

Instant Gratification: This is the biggest no-no in networking. Many of us get invites all the time from strangers on LinkedIn who send a request for help with job-seeking within a split-second of the acceptance of the request. Pray, if you can approach anyone instantaneously for help, then what is the need to put in efforts to build relationships? All one has to do is keep tapping the button for help whenever one needs to contact any human being from the 7.6 billion folks who populate the planet! It is not a commercial exchange or barter system that we run. You need to put in the hard yards to build your credibility and relationship. 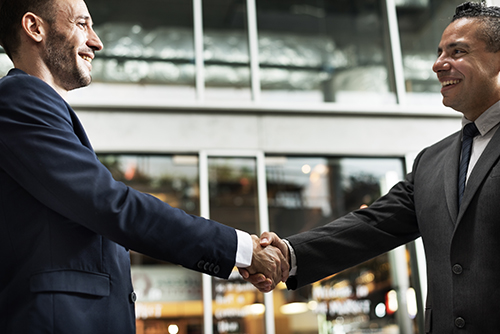 Me to Us: At one level, we all are part of a connected ecosystem. We help often, we receive help often. A true networker is always looking for opportunities to help others, to add value. There’s no bigger indicator of your social capital than the number of times you are sought out for help. Just imagine. Would you rather be the go-to person whom people seek out for help, advice and connections or be the aggressive, in-your-face, “I, me, myself” guy whom people would rather avoid? So, the go-giver is the better networker than the go-getter. Just try it, or rather, just do it.

Basics: The number of times I have seen people who approach you endlessly for help but simply vanish into thin air the moment their work is done is not funny. The person who never forgets to thank you or demonstrates that you have not been used is the one you really want to help. In the age of speed, we forget that human cultural moorings are far removed from the orientation towards instant notifications. Be human. Thank people. Genuinely stay in touch even when you have no ostensible need.

Face to Face: I receive several wedding invites where the groom or the bride expects me to fly down & attend the event in person but the invite is an e-invite, mass mailed to several people. Or the plethora of generic, impersonal wishes on festive occasions. True, technology is an enabler but it cannot be taken to an extent wherein it does not enable interactions but removes the entire emotional, personalized context! Do remember that beneath EVERY interaction, whether its via text, email, or WhatsApp message, at work or at home is a set of two human beings – the sender and the receiver. While the message has morphed from face to face to email to email, the human being has not. He or she is still a living being with real emotions. So, while tech-enabled interactions are fine as a starting point, they cannot fully replace human connect. Meet people. Have a meal with them. Laugh with them. Walk with them. Build real connections at a personal, emotional level.

At the end of the day, the real driver for networking is intent. If you are a business card collector, you are out of the game. If you are an authentic human being, building real connections, which help to create a win-win, you are in. You are unique. So are others. Build connections – at work, outside work. When you express yourself with complete authenticity, you can never lose.

Workshop: Networking Advice from the Experts