The Art of the Post-Interview Follow-Up

At the outset, let me clarify that this post articulates a maverick approach to the executive interview follow-up! While most of you would have read articles aplenty about polite thank you notes, a frequency which is not annoying et al, my experience suggests that the approach needs to be completely revamped!

Win-win: Unlike what many candidates believe, the hiring firm needs a candidate as much as the candidate needs the role! And while processes can be tedious, simply because of multiple interviewers and the sheer difficulty of finding slots in their calendar, most human resources folks have turnaround time targets for filling up roles! So, if a candidate feels the need to follow up, more often than not, it is a case of the candidate’s not having been selected for the role! 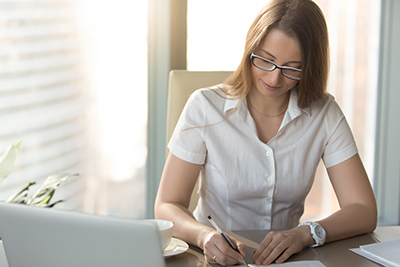 Thank you notes: While a flag-bearer of your professional etiquette, a thank you note is highly unlikely to land you which your CV and articulation in the interview couldn’t – a role! However, it does serve a purpose, if used tactfully. Many people you met in the course of the interviews, being sensitive about conveying a rejection and having built a relationship with you through the process, are happy to let you have the second-best reward they can offer (after a role) – information, introduction to a colleague et al. While an immediate role is highly unlikely, it is now up to you to leverage this opening, to meander your way through your target firm to the right slot, by being available for a project, speaking at one of their conferences etc…whereby you get the role without the interview!

Frequency: Let me state this plainly. Please do not follow up more than once. If the firm is interested, they will have you on their radar. No matter how the request is worded, experienced recruiters can see through it, decipher your intent, and feel that you are desperate at worst or persistent at best.

Sincerity & transparency: This is one route you can really adopt to stand out, compared to other candidates. Most people would take the straightforward approach of thank you notes, follow-up etc. I once had a candidate who wrote to me saying that he really wanted to work with me, since he had tracked my speeches at various conferences, and asked for feedback on what he could have done better. I could see the sincerity flowing through in his request, and wrote back to him, saying that we could meet at a mutually convenient time. The difference here is that he had moved subtly from a persistent approach to an “acceptance” approach, asking for feedback for better luck elsewhere.

Non-linear approach: If you are really keen on a firm, then the ostensible approach of follow up may not necessarily yield the result you are looking for. An alternate approach can involve signing up for a corporate citizenship project of the firm, participating at one of their conferences etc. A friend of mine was really keen on his dream firm. While he could not impress them in the interview, he did not follow up. Instead, he attended a conference wherein his hiring manager was a speaker, prepared hard, asked some really interesting questions, offered suggestions….lo and behold, he received a call a few days later for an informal discussion based on his research on the firm, put up a good presentation, and was hired…the role did not exist previously…so, in a sense, he created his own role!

Positive attitude: While avoiding arrogance or pride at all costs, a positive attitude needs to permeate your entire follow-up… a friend of mine, one of the most down-to-earth persons you will ever meet, has this one liner when he needs to follow up – “if I don’t hear from them, it is their loss, not mine!

7 Ways to Build Your Personal Brand