The Age of the Age: Being young used to be a disadvantage. Now being old is.

From my earliest days in business, I had three role models: George Abbott, Edward Bernays and, despite having rock ’n’ roll DJ for a father, Mozart. Abbott was in the midst of planning a revival of his Broadway show Pajama Game when he passed away in his sleep…at age 107. Bernays, the father of public relations, was still going to the office until death blocked the door…at age 103. Mozart, of course, died young but created, arguably, more timeless music before he turned 39 than his equally famous compeers. 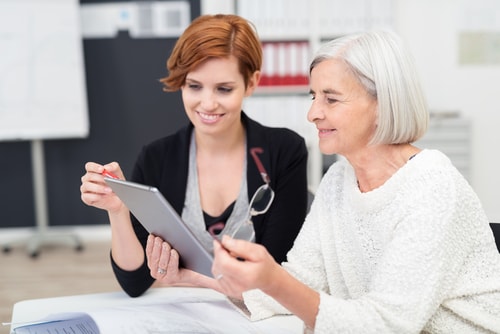 I was early in my 20s then, working as a film editor and, when I was inducted into the editors’ union, I was the youngest full editor to be sworn in. That did not sit well with two groups – the people with years’ more experience in the cutting room and the producers who were reluctant to hire someone so young.

Yet some veterans had faith in me, took me under their proverbial wing and guided me along until I started designing graphics and animation, writing, producing, and directing, as well (ultimately leaving editing behind). In response, I emulated my mentors as the years went by and eagerly encouraged younger colleagues who had a special spark.

As years became decades, I moved from too-young-to-know-anything to no-longer-young-enough-to-know-everything. And the people I’d worked beside started mentioning they couldn’t get hired. A TV writer with fabulous credits in sitcoms couldn’t get sitcom gigs…despite having kids in the shows’ key demographic. An IT pro was shunned because, though he’d been programming for ages, his background was considered too old school (though he knew the latest programming languages). And a tech marketer reached the point where she couldn’t get full time positions, just consulting assignments.

A Shift in the Time/Space Continuum

It was evidence ageism had changed – from a bias against the young to one against the old. Now, despite the fact that Boomers have more disposable income than the 18-38 age group that advertisers love, ad agencies seem to think that only young professionals can write and design ads, regardless of the targets’ own age group. Startups that began in college dorm rooms tend to hire people who are close to the founders’ own age.

A friend got that wake-up call when he tried to get hired by a startup. The company was in a niche he knew well; one in which he’d had great success. The CEO, who was close to his own age, told him, during their phone interview, “Usually I’d say we’ll get back to you, but you know our market so well and have such great ideas about what we need to do to grow that I’d like you to come in right away and meet the team.” How encouraging!

Until he walked in the door and the CEO seemed to realize that, no, you can’t cram 30 years of experience into someone under 30. After meeting with all the key players and being told by the CEO that he wanted my friend to meet his business partner, nothing happened. When my friend inquired, he was told that timeless catchall about the chemistry not being right.

That sounded awfully familiar. I’d been there myself by that time. I’d even had a similar conversation with a prospective new client who felt his young staffers wouldn’t be comfortable working with “such a seasoned professional.” (And I only felt a little bit of sympathy when the firm went out of business.)

Beyond Here and Now

Is there a solution? Possibly. The so-called “gig economy” can benefit anyone who can work online and doesn’t have to show up in person. That’s how I added clients in Venice and Lagos, along with two along the East Coast.

Will that work for everyone? Probably not. But it does provide an option that hadn’t existed before. Whether I can rely on it until I’m 107 is a mystery. But if I make it that long, maybe I can turn out as much decent work as old young Wolfgang.