I left New York at the end of 2012 in support of my wife who landed a fantastic career opportunity in Seoul, Korea. I parted ways with the U.S. investment bank I had called home for five years and was proud to be a trailing spouse, ready to start the next, international chapter of my life. My wife and I knew that we were taking a tremendous risk to my career, but I did it voluntarily. The upside to my wife’s path was well worth it.  We also felt confident that my experience and background would enable me to find something comparable in Korea relatively quickly. How “easy” it would be – that was our fantasy; below was our reality: 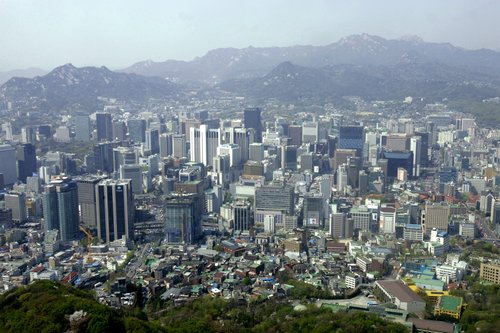 1. “If only you were Korean” (& the limitation of an Ivy League degree). Even though recruiters were impressed with my Harvard and Columbia education, it didn’t matter because I was a trailing spouse with zero Korean language capability. Good, high-paying executive-level jobs in Korea are already extremely limited for local talent, and even more so for foreigners.  I learned quickly that if you are not specifically brought in to fill a role from outside Korea—you were pretty much out of luck.

2. Too young, too senior, too soon. As a rising 3rd year Investment Bank Vice President with a Columbia MBA, being just 34 years old is looked at as solid achievement in the United States. This is not exactly so in Korea. For the roles in financial services most comparable to what I did before in New York, it was seemingly unheard of for a Korean company to place someone in his early 30’s in a position of leadership. I knew tenure was critical in Asia, but not like this.

3. Local language is paramount. I recognized that my inability to speak the local language would be a gargantuan negative to landing the right job for me in Seoul. It was something I accepted and hoped would be mitigated by the fact that Seoul was a global city, with many multinational corporations expanding there. While it is true that Seoul is very global, and there are many, many multinationals operating there, local groups and teams are still predominantly run by Koreans so being fluent in English only didn’t cut it.

4. Two years is too short. Admittedly, my wife and I knew that we would not be living in Korea beyond two years from the time we arrived whether I landed a job or not. This knowledge in the back of my mind certainly impacted the intensity of my effort and my patience. If I had a longer time horizon, I probably would have taken my search to greater levels in terms of networking and diligence, but I simply didn’t. If any non-Korean out there wants to find satisfying, executive-level work in Seoul, I would recommend a five to seven year commitment so that you can try to work your way back from the ground up.

5. Unexpected risk aversion. Perhaps the most disappointing observation I made as a trailing spouse in Korea was the realization that corporate culture in Korea is more risk averse than I imagined. I figured that with the enthusiasm I had to immerse myself in Korean culture, my capacity for work, educational background and experience with a major U.S. bank, a firm would be open to taking a risk with me. Instead, it was just the opposite.

Despite the challenges I faced, I was never disheartened, and I want to emphasize that the two years I spent in Korea were two of the most enjoyable I ever had in my life. From a personal level, the birth of my son and connecting with my wife’s family trumped anything that I would have gained professionally in those years elsewhere. The circumstances I was dealt also necessitated the survival and expansion of my consulting practice, so for that I am very grateful. Going abroad absolutely delivered in terms of career growth – just in a highly unexpected, but ultimately delightful way.

7 Ways You Can Move Your Job Search Into High Gear